(I have a rather sad update to share, July 12, 2021.)
Had my 1st brunch at a restaurant, indoor in 19 months on Saturday! Technically 2nd, the 1st was a lovely get-together with a good friend & her partner, but the setting was more like outdoor.
I went back to the Inn Kensington, which is located in an unincorporated area of the same name in Contra Costa County, nestling between the City of El Cerrito & Berkeley Hills. This was where I had my 1st paying job as a dishwasher so many, many years ago. Sadly I learned today that one of the women who gave me that job had passed away recently. Sharon Lazaneo & her surviving partner Jackie Karkazis taught me so much about life in America.
I've often talked about how I've literally survived on the kindness & compassion of strangers ever since I left home at 14. Sharon & Jackie were among those strangers. Here's a blog post I wrote about the Inn Kensington a few years back (I've meant to write a longer tribute to them, but I'm now kicking myself for not going through with it).
(Below is the original post I wrote in September 2015.)
I recently went back to the restaurant where I had my 1st job in the US as a dishwasher 31 years ago for brunch today. The Inn Kensington (no lodging here) is located on a short strip that makes up the unincorporated community called Kensington, which is up in the hills between El Cerrito and Berkeley.

This restaurant was a foodies' destination, kept secret by food writers who were regulars throughout the 80s and 90s. Many early California cuisine's luminaries worked here, trying out new and exotic, unheard of dishes in those days.
It's known for scrumptious buttermilk biscuits and fluffy omelets, made the ways they're supposed to, and Mediterranean dishes with a California flair. Bruce Aidells used to deliver his freshly-made sausages to the restaurant, then sat down for whatever was being cooked in the kitchen.
Among the most well-known regulars were Daniel Ellsberg of the Pentagon Papers fame (he ate alone) and Dennis Muren (9 Oscars) and his posse from George Lucas' Industrial Light & Magic.
I went from washing dishes to busing tables to becoming a waiter, as my English became more proficient. More importantly, this was where I learned to eat well, as in live to eat, not eat to live. The owners and the cooks were generous, not as concerned about making money. They wanted to cook. It was the freshest ingredients every day. At the end of the night, we all had the same food as what were on the menu. Every night.
However, the most unique, and important, things I learned as a refugee from Vietnam (anti-Communist, Reagan-Republican wannabe at the time) were diversity and inclusivity. The restaurant was owned by a lesbian couple (which at the time I had no preconception) who were social workers by day.
In addition to me, there were two other Vietnamese refugees, and refugees from Iran and Afghanistan, and later immigrants from other parts of the world as well. Some started out as dishwashers and busboys, and many graduated to waiters and cooks at the restaurant.
About 15 years ago, the owners decided to sell the restaurant to their two employees who both started out as dishwashers: One had become the cook at the time and the other was the waiter, both came from Vietnam.
The menu, and the restaurant itself, hasn't changed much. It still doesn't take credit cards, but takes personal checks (remember those?), and the utensils are real silverware that require polishing regularly. The food, especially the brunch, is like no others in the entire Bay Area.
Its address is 293 Arlington Avenue, Kensington (Contra Costa County). 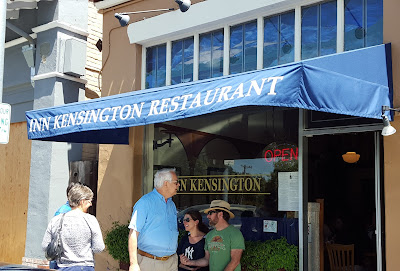 Oh, how I got that job? I was one week-shy of my 18th birthday and living with my guardian in Concord, east of San Francisco, at the time. We were informed that as soon as I turned 18, I'd no longer be eligible for public assistance (misinformation). I was attending Clayton Valley High School nearby.
What that meant was I had to quit high school and go to work. Through Vietnamese refugee network, I was told there was a job at the Inn Kensington, but I must figure out how to get there on my own: one train (BART) ride with a transfer to another line and a bus ride, about 3 hours, each way.
After about six months of washing dishes, I had saved enough money to rent an apartment of my own in Oakland, which was much closer, where I've resided ever since.
A few months after that, I decided I needed to go to school, so I asked around. I was told I needed to take a bus to a school called Merritt College, a community college, up in the Oakland hills. And so I did. The rest is another chapter of my life.
Posted by Sonny Le at 10:49 PM 3 comments:

Where Is Our Humanity?

I can no longer bear to watch Syrian and African refugees suffering and dying as they try to reach Europe, in search of a better life, free from fear. Has the world become less compassionate & more inured to our fellow humans' suffering? 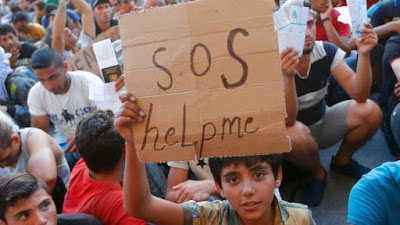 Pretty certain that I and the majority of my ONE MILLION fellow Vietnamese refugees would have perished in the South China Sea if we were to leave Vietnam today.
Amid tepid responses from rich western nations, the US included, I'm heartened that in response to the government of Iceland's stingy offer to take in just 50 Syrian refugees, more than 12,000 Icelanders have offered their homes to these refugees.
In the late 1980s a Vietnamese family walked into an Oakland social service agency where I worked seeking help. One of the younger daughters spoke English with an interesting accent. They had just relocated to Oakland... from Iceland.
That family turned out to be part of the 1st 34 Vietnamese refugees that Iceland took in in 1979. Some 300 Vietnamese eventually resettled in Iceland, making up nearly 1% of its population.
At the height of the SE Asian (Cambodians, Laotians, Vietnamese) refugee crisis, Iceland was one of the smallest countries that opened up their hearts & homes to people like me.

Just imagine... the many Vietnamese Americans and immigrants that you know or have met, the Vietnamese restaurants, the nail salons, doctors, mechanics, professors, gardeners, artists, engineers and nurses, and myself included, wouldn't be where we are today if you had turned your back on us 30 years ago.

I recently shared with NPR's Here & Now my refugee story. 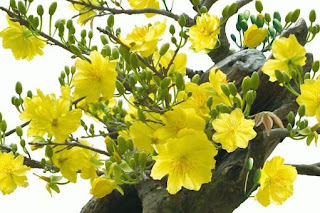 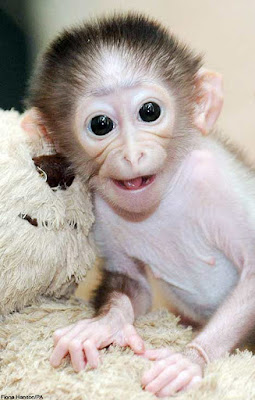