My Dee Dee Is No More

Last night, for the first time in nearly thirteen years, I came home to no barking sound or wagging tail. My Dee Dee is no more. Even after close to two years of preparing for the eventuality, to lose her to cancer, letting her go yesterday was the most heart-wrenching thing I've ever done in my life. I held her as the veterinarian injecting a high dose of apentobarbital. Death came quickly and peacefully.

Dee Dee was adopted from the East Bay SPCA when she was about five months. We had wanted a dog for some time. We visited animal shelters and pet adoption centers frequently but did not find any dog or puppy to our liking. 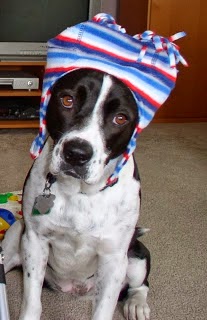 But it was her gaze. Directed at you with arched eyebrows. It was like a high-power tractor beam.

So we decided to get ‘acquainted’ with her in the fenced-in yard. We tossed her the tennis ball. No chasing. We tossed her the sticks. No fetching. She did make half-hearted attempts to go after them, but turned around, then came to sit at my feet, looking up at me with those arched eyebrows, deploying her tractor beam at full power.

So we came home with her that day. With the exceptions of throwing up once in the car ride home and peeing on the carpet twice, she was instantly toilet-trained.

Alex, short for Alexandra, sounded good, but she didn’t seem to like the name, never responded to it. We had read that dogs, and cats, respond better to ‘hard’ sounding short names, preferably one or two syllables. We couldn’t think of any names. ‘Dee Dee’ came to mind for two reasons. At the time a colleague at a funding NGO was named Dee Dee and it sounded like ‘đi đi,’ which means ‘go, go’ in Vietnamese. ‘Đi đi,’ can also be used as ‘let’s go’ or ‘go away,’ depending on the context.

Lo and behold, she responded to Dee Dee!

Dee Dee became the dog I had wanted to replace the childhood dog that I was forced to give up because we were too poor. Dee Dee was loving, gentle, but fiercely protective. Instead of a ‘Border Collie, Medium Size’ dog we saw on the tag at the SPCA’s shelter, she grew up to be a relatively big dog, over 60 pounds/30 kilos, and she was a Pitbull mixed with what looked like Labrador Retriever, and possibly Border Collie.

She was well-traveled. She had slept at some of the best ‘pet-friendly’ hotels -- Best Western, Marriott, La Quinta. She walked the streets of LA, San Luis Obispo, Irvine, San Diego, Sonoma, Napa and Sacramento. She ran on the sand of Newport, Stinson, Asilomar beaches, among others.

She walked among the giant redwoods, oaks and maples in state and national parks up and down California coast. She swam the Pacific Ocean, even taking a dip or two in North America’s largest alpine lake, Lake Tahoe.

She would have become an international traveler had my job prospects in Southeast Asia come through.

About two years ago we began to feel a ‘bump’ beneath her skin, in the abdomen area. We had learned, through friends with dogs, and literature, that cancer is the most common killer of older dogs. We worried, but there wasn’t much we could have done other than keeping her healthy.

Recently we began to feel more bumps in other areas of her body. She had also begun to slow down, and with diminished eye sight. Old age, the usual for dogs, we learned, had begun to set in. But suddenly a white spot on her right nostril began to grow, and quite rapidly, about six months ago. It kept on growing.

We took her to the East Bay SPCA veterinary clinic for a checkup. We were informed it was an infection, possibly a tumor, considering her age. Antibiotics were prescribed to help fight off the infection. Blood test was also done. Nothing alarming came back other than the usual old-age conditions. As the tumor got bigger, and more infected, she was prescribed more and stronger antibiotics. At this point, within the last three months, the cancer had begun to affect her appetite and mobility. On top of those, she also seemed to be suffering from arthritis, the most common old dog’s affliction.

The tumor on her nostril had grown to the point where it not only affected her breathing, but also a constant irritation for her, which she tried to scratch open, causing severe bleeding. It broke our hearts to see our beautiful, yet still somewhat spunky dog, in pain and losing weight.

We were mentally prepared for the eventuality, but weren’t certain when to let her go. If she was in pain, she did not show or whine about it, but we did notice she was often awakened at night by the irritation caused by the infection.

Yesterday afternoon, in consultation with the East Bay SPCA’s veterinarian, we decided to let her go. We're lucky to have had her in our lives for over a decade. She gave us a thousand times more in affection and unconditional love than the food and shelter that we had provided her.

My Dee Dee is no more. She had gone to join her best friend, Dumpling, the tabby, which we also lost last month to a sudden heart failure. 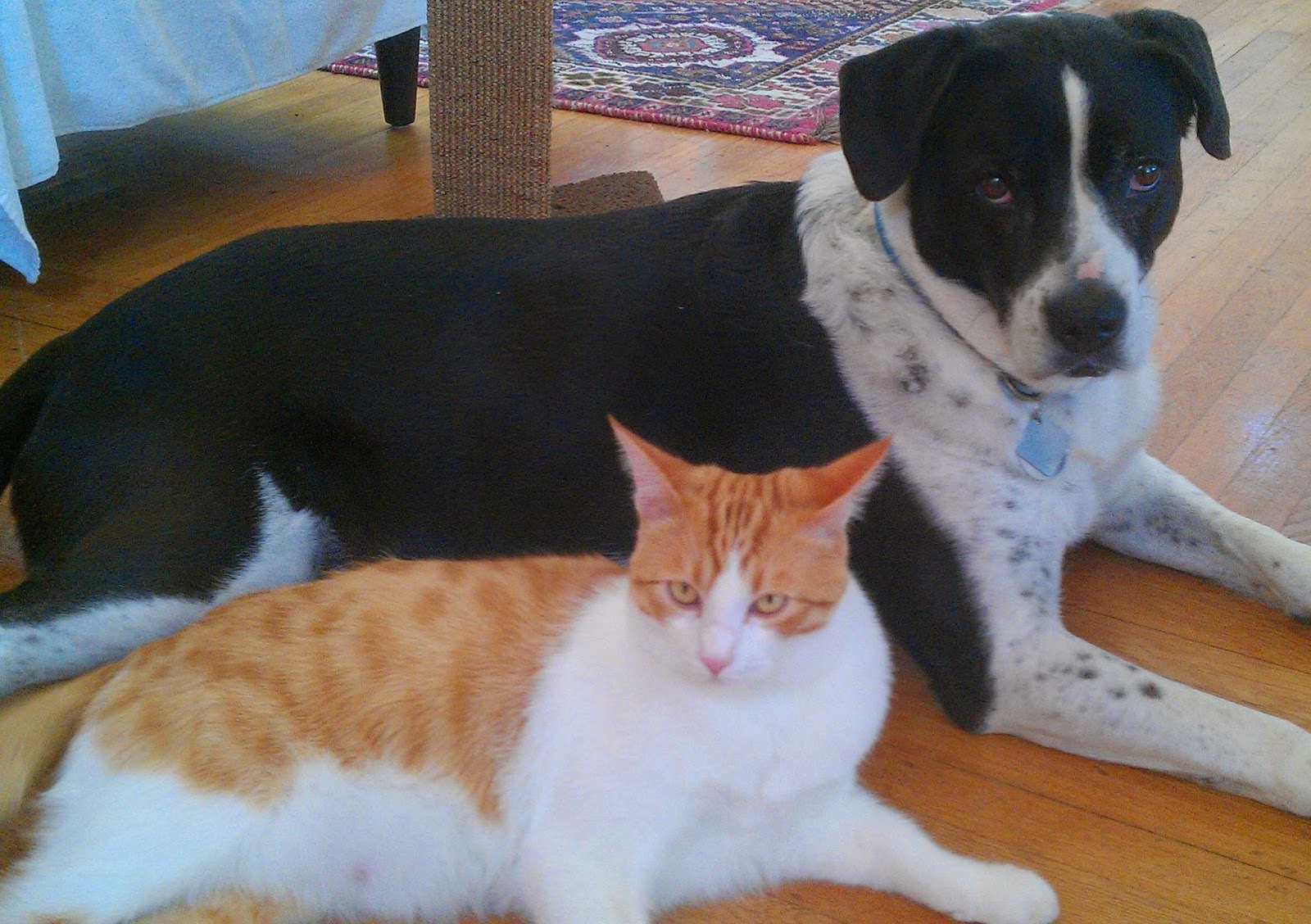 Losing two beloved pets less than one month apart was/is hard. Dumpling, the tabby, was not yet four years old. She was also adopted from the East Bay SPCA. She was healthy, spunky, seemingly in the prime of her life. Then one night last month, a massive heart attack struck, paralyzed her hind legs and causing blood clots. She was in screaming pain. This being pet-crazy America, we were able to take her to a 24-hr pet hospital at 2 am. The vet on duty gave us the bad news, and she was put down there and then.

It was devastating because she was still a baby to us, even though we recently adopted a kitten, just a few weeks before Dumpling had the heart attack. It took her just four days to warm up to the kitten, named Dimsum, with whom she began to show motherly instincts, licking the little one, allowing it to cuddle with her.

Dumpling developed a taste for lemongrass when she was about seven months old. She chomped down on all the young lemongrass blades, her catnip. She was my gardening companion. I love that cat.

The family already misses them, but I will miss them most in the coming cold, winter days.